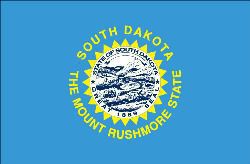 South Dakota's EB-5 Program was a model for other states. Now, amid recent federal investigations, the program has all but shut down. In an effort to attract a major factory to South Dakota, officials offered large sums of EB-5 investments for what became the state’s largest, and now most notorious, EB-5 project, the Northern Beef Packers (NBP) meatpacking plant.

Northern Beef received over $100 million from Chinese and Korean immigrant investors. However, while other EB-5 projects prospered, the Northern Beef Packers project ended in failure. In July 2013, the $115 million meat-processing project filed for Chapter 11 bankruptcy. The project’s failure left many immigrant investors without a green card and with little or no return of their investment.

By the time of Northern Beef's bankruptcy, a federal grand jury had been investigating allegations of fraud and corruption against South Dakota's economic development office as it pertained to the EB-5 program. Nevertheless, it remains unclear exactly where the money went.

While this situation may call into question the credibility of the EB-5 program, it is important to note that this is an isolated event. The EB-5 program has proved advantageous for both immigrants and the U.S. economy during its two-decade existence. Furthermore, such highly publicized investigations into EB-5 projects can be beneficial to the long-term integrity of the program and can serve as a warning to others with ideas of abusing the process. The increased scrutiny from the SEC should also remind EB-5 project managers of their duty to adhere to the law. In the long run, the scandal in South Dakota will only help to make the EB-5 process a more transparent and legitimate one.

Potential EB-5 investors are advised to carefully research investments and the companies offering them. Our book, The Investor’s Path to a Green Card can help you choose an investment in a strong regional center and avoid the less-than-favorable ones.

Your specific needs and priorities may vary, but the best advice for any would-be EB-5 investor is to ally with a seasoned financial advisor who can provide a detailed analysis on the risks related to your investments.

At Jatoi & de Kirby, A.P.C., we know how important it is for you and your family to get the most up-to-date information on the EB-5 Program.  If you need help evaluating EB-5 investments, our attorneys can refer you to a skilled financial advisor, and advise you on the requirements of an EB-5 visa.  Contact us for more information.