Does the Supreme Court’s “Aging Out” Decision Affect your Child? 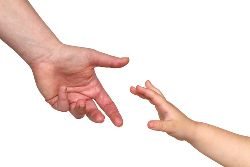 Earlier this summer, a deeply divided United States Supreme Court issued a disheartening decision for children who have been waiting years to join their parents in the U.S. In a decision closely watched by immigrants and advocates alike, the Supreme Court ruled that immigrant children who turn 21 while they wait to be issued a family-based visa will have to go to the back of the line and start the lengthy process over again.

U.S. immigrations law only entitles children under the age of 21 to the same status as their parents. Congress, recognizing that many children were aging out due to long processing times and bureaucratic inefficiencies, enacted the Child Status Protection Act (“CSPA”).  CSPA states that if after a child’s petition is filed, the child turns 21, “the petition shall automatically be converted to the appropriate category and the alien shall retain the original priority date issued upon receipt of the original petition.”

However, the U.S. government and the Board of Immigration Appeals interpreted this law very narrowly and applied it only in instances where derivative beneficiaries who, due to aging out, were moved from the family-based category for spouses and unmarried minor children of permanent residents (F2A) to another family-based category for unmarried adult sons and daughters of permanent residents (F2B). Cuellar de Osorio, immigration attorneys and even a group of current and former U.S. Congress members argued that the CSPA should apply to all derivative beneficiaries.

The Supreme Court deferred to the government and accepted its narrow interpretation.

On the surface, this decision is a disappointing setback for many immigrants who were hoping to recapture priority dates of petitions initially filed for their parents through automatic conversion.  Although unfortunate from that perspective, Cuellar de Osorio actually changes very little.  This narrow reading of the CSPA has been the practice of the United States Citizenship and Immigration Services for several years.

Some immigration attorneys even believe the decision may offer a seed of hope and an impetus for change. The majority decision provided an enormous degree of latitude for the executive branch to reconsider this interpretation.  The Court was careful to point out that while the government’s interpretation of the CSPA was permitted, it is not required.   Ultimately, the door is wide open for the Attorney General and the current Administration to adopt a broader, more humane interpretation.

At Jatoi & de Kirby, A.P.C., we understand how important it is for you and your family to have the most up-to-date information on immigration policies and regulations.  Our attorneys can advise you on aging out, derivative beneficiary status, and your child’s eligibility. Contact us for more information.